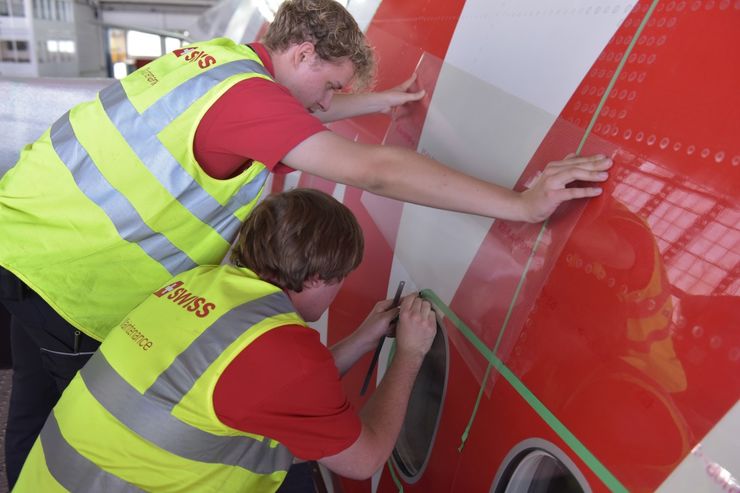 On October 14, 2022, a Boeing 777-300ER operated by Swiss International Air Lines (SWISS) took off on a passenger flight for the first time with the AeroShark surface technology developed jointly by Lufthansa Technik and BASF. The fuselage and engine nacelles of the aircraft were recently fitted with approximately 950 m2 of so-called Riblet films, which replicate the flow-efficient properties of shark skin and reduce the frictional resistance of the aircraft. Flow simulations have already identified a savings potential of just over one percent for this type of aircraft. The first scheduled flights with the aircraft registered as HB-JNH will now serve to validate this savings potential in real flight operations. Thanks to its special surface structure of microscopic ribs - known as riblets - AeroShark reduces the frictional resistance of the aircraft's outer skin by just over one percent, according to the calculations and flow simulations carried out to date. As a result, fuel consumption and CO2 emissions also fall by the same order of magnitude. For SWISS's single Boeing 777-300ER, this would equate to annual savings of around 400 metric tons of kerosene and more than 1,200 metric tons of carbon dioxide. The AeroShark modification of the HB-JNH began at the end of August and culminated in several test flights on September 8 and 9. It had to be demonstrated in detail that the AeroShark modification had no negative impact on the operational safety and handling of the Boeing 777. As soon as the calculated savings potentials have been validated in real flight operations, the full-scale roll-out at the launch customers SWISS and Lufthansa Cargo is to begin. Further Boeing 777s will then receive the AeroShark modification as part of scheduled maintenance downtimes. Both airlines plan to have all their Boeing 777-300ERs and 777Fs successively equipped with AeroShark. This would make them the first passenger and cargo airlines worldwide to optimize a complete sub-fleet with this technology. When all of the current eleven Boeing 777s at Lufthansa Cargo and twelve at SWISS have received their AeroShark modification, they will reduce the Lufthansa Group's carbon footprint by more than 25,000 tons annually. 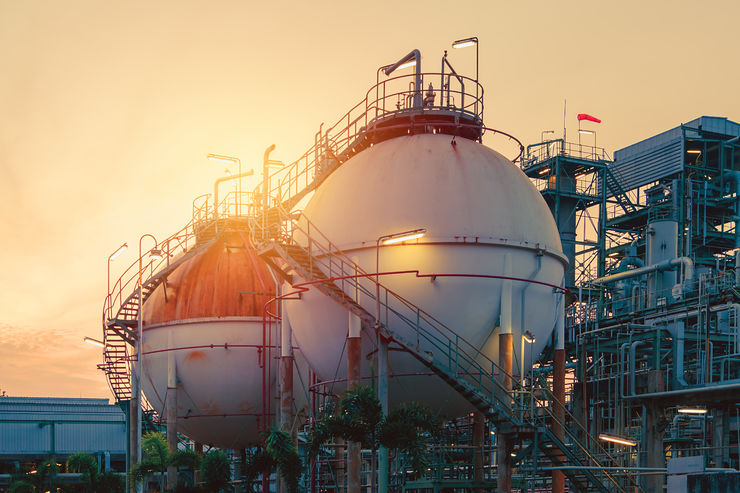 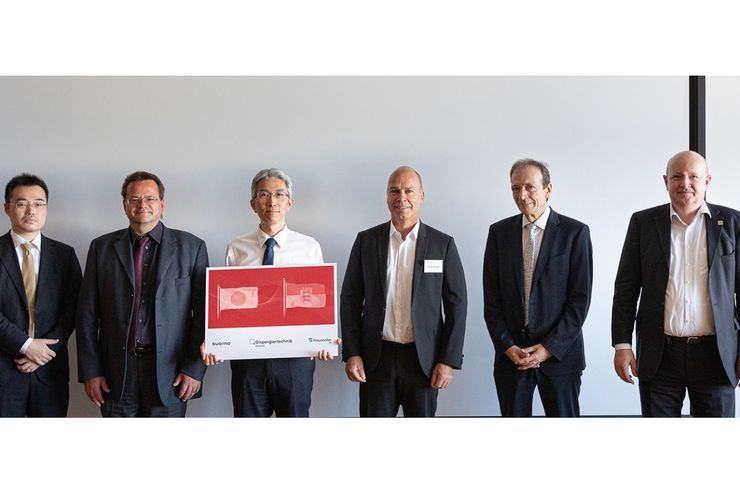