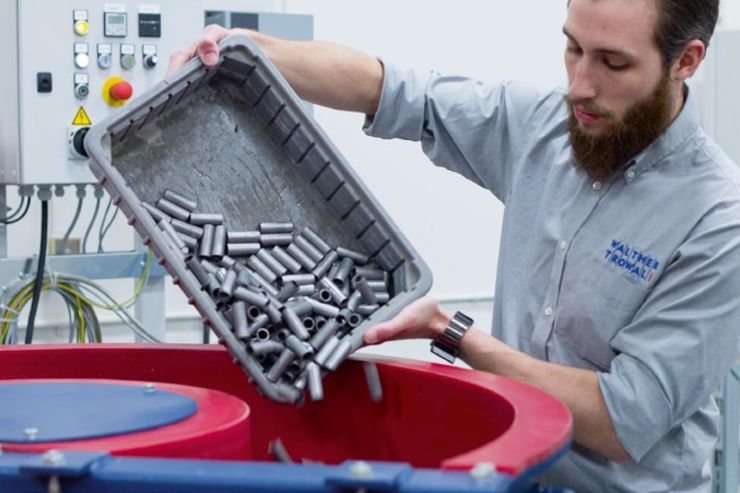 In response to the continuously increasing business volume for surface preparation and finishing machines in America, Walther Trowal is expanding its sales branch in Grand Rapids, Michigan. Recently, Walther Trowal LLC officially opened its "North American Tech & Training Centre". What was initially established as a sales office has now become a company with its own test centre, after-sales service activities and a warehouse for media, compounds and spare parts. American customers now have the possibility to test the Walther Trowal equipment with their own products directly in the USA and to optimise their processes. As Christoph Cruse, general sales manager at Walther Trowal in Haan, explains: “The North-American market has a somewhat different structure from Europe. In the United States, the automobile industry is still a key player, but is subject to enormous cost pressures. That is why it is important for us to offer our customers a fast and competent service. The aerospace industry and medical engineering sector are also expanding rapidly in the USA and Canada.” The mass finishing, shot blasting and coating equipment as well as the compounds and plastic finishing media are still supplied from the Walther Trowal headquarters in Germany. Ceramic media continue to be manufactured in the UK.