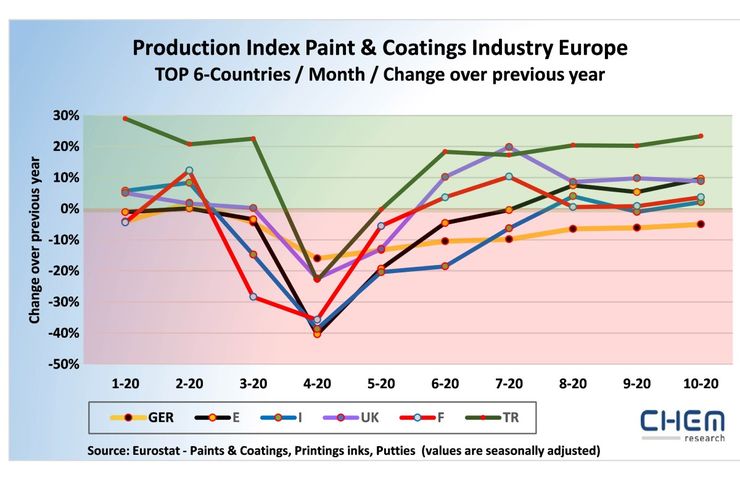 Since August 2020, all countries except Germany have been at least on par with the previous year. (Values seasonally adjusted)
©CHEM Research

The production volume in the EU27 economic area for paints and coatings is growing by +1.2% in October 2020 on a volume basis compared to 2019. However, growth is losing momentum since May; compared with the previous month of September this means an increase of only +1%. Germany’s output for this product group is recovering more slowly than other European countries’. In the economic area of the EU26, which is the EU27 excluding Germany, the index rose by 0.6% compared with the previous month. This represents an increase of +3% in a year-over-year comparison. On a cumulative basis, this shows a decrease of -5.7% due to the dramatic slump between March and May. Although the production index for paints and coatings in Germany rose by +2.1% in October compared with the previous month, it still indicates a year-on-year decline of -5%. The cumulated January-October production index reveals a decrease of -7.4% compared to the previous year. Since August, all countries except Germany have at least returned to the level of the previous year, while German production has remained at a level of around -5% since August. The main reason for this is the high share of industrial coatings in the overall German market and the associated lower demand from OEMs for automotive coatings. 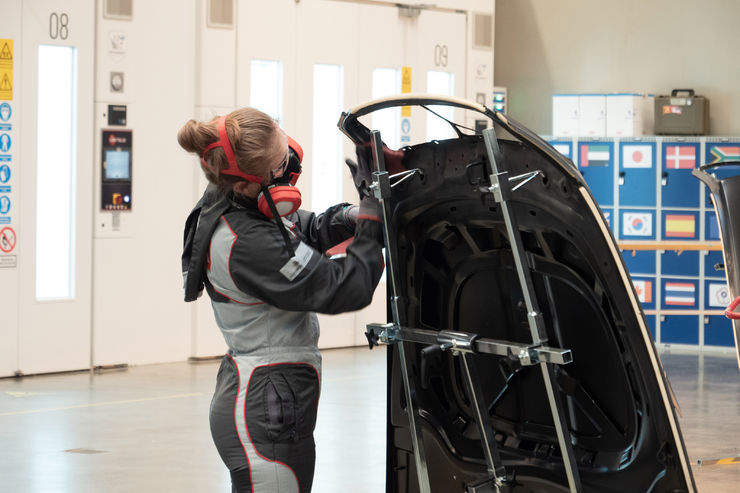 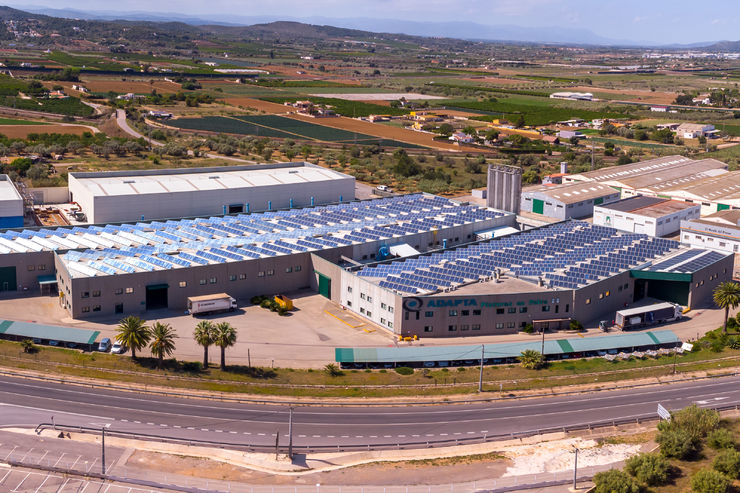 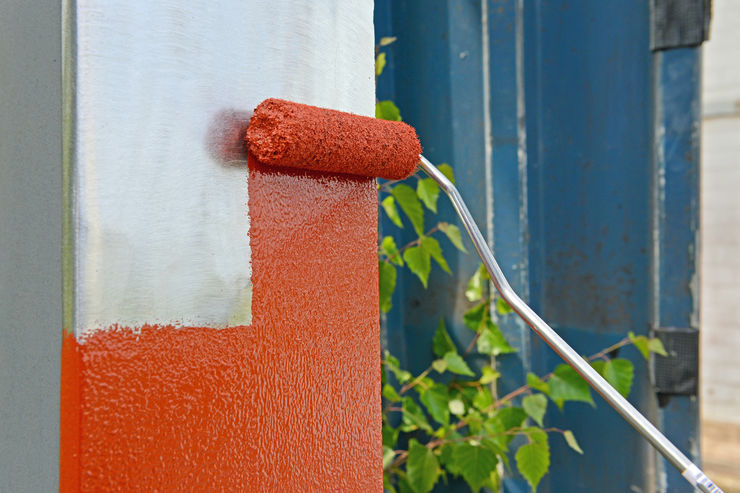